Jiufen was a pretty expensive area for accommodation but we wanted to explore the area for a couple of days so we booked a three night stay at Slowly B&B via booking.com.

We found the location after walking through the “mostly” pedestrian, Jiufen Old Street, and were greeted by two staff that didn’t speak much English but enough to ask us to wait a few minutes. A young lady arrived who spoke English and helped us check-in, we crossed the road to another building and were led downstairs to room ‘1F’. It was nice and cool but we still had plenty of windows as the building (as most are in Jiufen) was built on the side of the mountain. 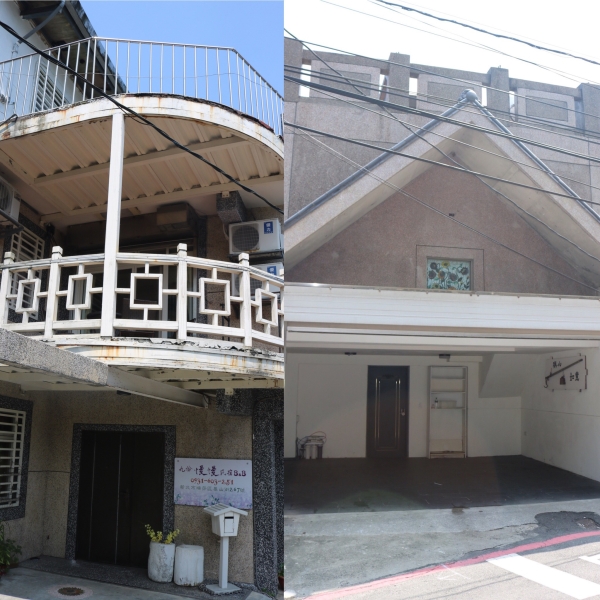 We had a ‘standard double room with two double beds’, this was a comfortable 50 m² space with two large beds, a couch, large TV, air conditioning unit and Wi-Fi was very good. The separate bathroom had a toilet & huge bath with shower head, this was mounted on the wall quite low which we found odd and if it was mounted a little higher it would have been perfect. Vanity was in an alcove outside the bathroom with plenty of space. 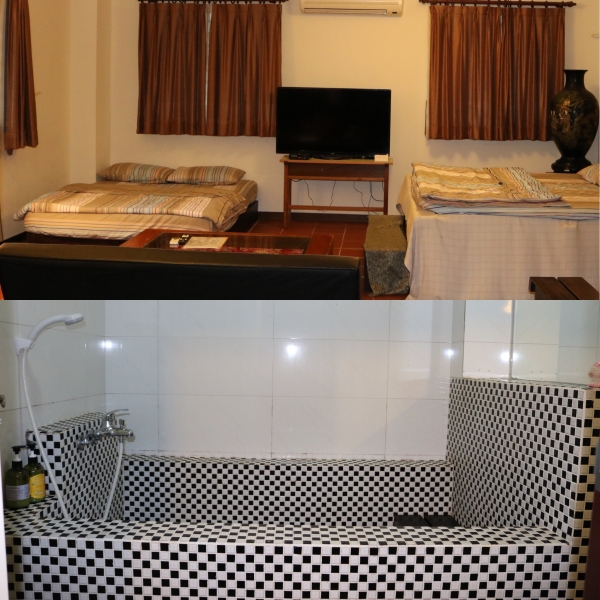 Breakfast was very nice and available for collection at 8.30m, a 3 slice layered sandwich with tasty homemade meat patty, cucumber, fried egg and pickled carrot along with coffees. It would have been nice if two of the coffees had been supplemented for something else for the kids. 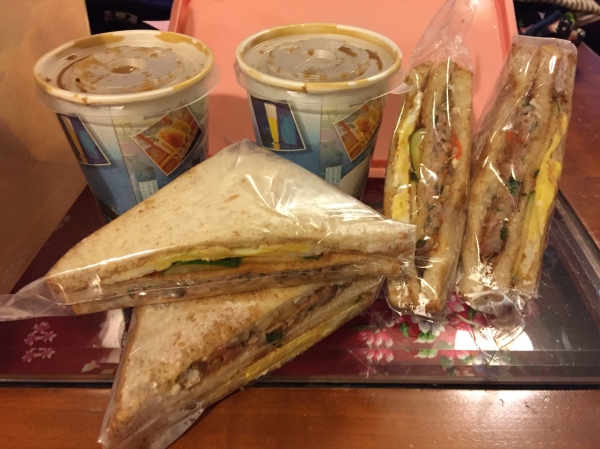 We didn’t have much interaction with staff but they were friendly and we were delivered fresh towels, complimentary bottled water and toiletries each day.

Jiufen is a town built in the mountains so it is a multi-level maze of streets, alleyways and  staircases. Lots of places to explore off the main “old street” especially once the day-trippers arrive between about 10am-6pm.

💙💚 Blue Spring, just out of #putaruru, beautiful spot for a wander and a picnic. Such incredible sights, couldn’t believe how clear and beautiful it was 🤩 Wish we could swim, but also glad you can’t and it is kept this pristine 💙💚 The Blue Spring walk takes about one and a half hours each way, starting from Whites Road (State Highway 28), near Putaruru. There is also a shorter walk, 15 minutes each way, to the Blue Spring, accessed from nearby Leslie Road.
💦 Kerosene Creek, a naturally hot stream or “creek” just a 20 minute drive from #rotorua 💥 It was already a warm morning when we visited so we didn’t stay too long but it was an incredible spot. Definitely put it on your list to visit, especially when the months start to cool down. Great little find, surrounded by beautiful native bush and all free.
🎶 Took the boys to their first #concert on Saturday, @six60 at Waitangi Sports Ground 🎶 Beautiful summer evening for the outdoor event, amazing show with an all Kiwi 🇳🇿 lineup and we had such an awesome time. So very lucky to be able to attend these type of events at the moment 🤩
What a crazy 12th year you have had Lincoln and we thought you’d get at least one more winter birthday. Luckily the summer is getting started pretty well here in Northland and you are growing into an awesome (nearly) teenager‼️ Hope you have an awesome 12th birthday 🥳🎂💝 Lots of love always and big hugs, Mum, Dad and Braxton xoxo
Our September trip was a quick over nighter to our ex home city and it was also #kidfree 😄 The boys spent the first weekend of the school holidays with their Grandparents while we went to Auckland. It was a beautiful sunny afternoon and the Viaduct was buzzing so it was the perfect place to start. We visited @oysterandchop for their happy hour and had some fantastic Clevedon oysters 🦪 and Veuve Clicquot Rosé 🍾 Just $29 for a glass of champagne and 1/2 dozen oysters 👌
You are spoilt for choice in the far north of New Zealand with amazing bays and beaches 🏖 We stopped at just three on our slow Sunday trip home to explore some ..... Matai, Waikato and Taupo 💙💚 It was another beautiful sunny winter’s day and we saw quite a few people swimming. Bring on the Kiwi summer ☀️
Loading Comments...
Comment
×
<span>%d</span> bloggers like this: